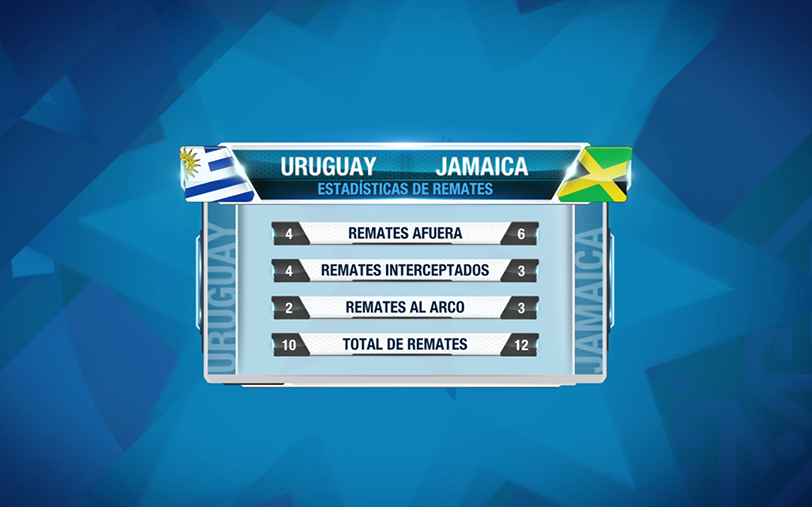 wTVision has provided a wide range of services during the 2015 Copa America, the most important football competition in South America, that took place in Chile, between 11th of June and 4th of July.

For this project, wTVision’s creative team designed a brand new look&feel; for the graphics, to go on-air not only on this tournament but also on all the matches of the World Cup 2018 South American Qualifiers and on the friendly matches.

After all the creative work, wTVision prepared its veteran product FootballStats CG, with the complete graphics package, that was then used by the client to gather statistics and launch the graphics, in real-time.

All the gathered data was stored into SportStats Center, a database system that manages all the championship accumulated statistics, updating the rankings match-by-match as well as all the teams and players’ individual statistics.

A web MatchCenter was also made available to fans, with all the statistics, results and classifications, in real-time. Check this  website here.

Finally, to complement this workflow, an augmented reality system (ChyronHego) was used to show virtual advertising, logos (with and without scores) on the field, logos on the studio set and a jumbotron, in the field, for the highlights of the game.

wTVision started the partnership with “The Game”, in January 2014, working for the Bolivian Football League. During 2015, wTVision’s solutions were also used for the South American Championships U-17 and U- 20.