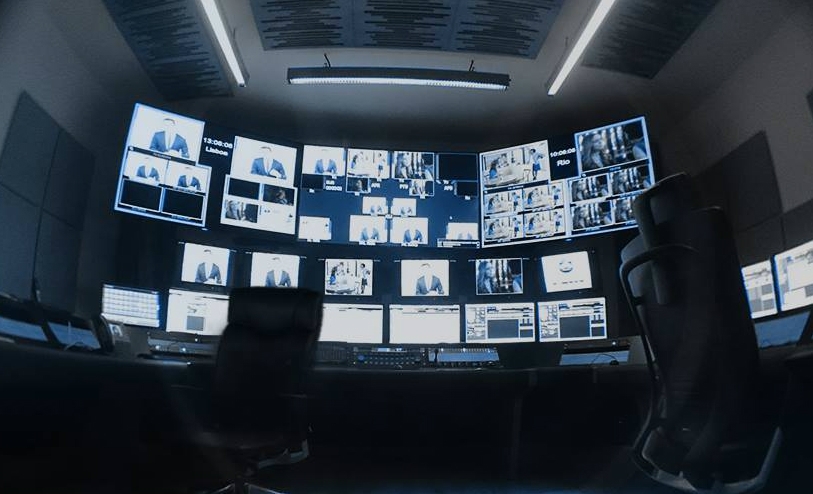 2016 was a great year for us: we celebrated 15 years, opened an office in Bolivia and developed hundreds of awesome projects in different parts of the world!

We give you a glance at some of our key projects throughout the year, so have a look and stay tuned: we are already looking forward to 2017!

The year started with the Presidential Elections in Portugal, that we covered for three different channels, but we cannot stay still, so we went to Dubai for the Emir’s Sword Horse Race and the Final Camel Race Festival and to Cuba, Paris and Düsseldorf for the Judo Grand Prix.

The World Surf League took us to so many wonderful places that we cannot list them all, let’s just say we spent some nice times in Australia, operating the Quicksilver Pro Gold Coast, the Roxy Pro Gold Coast and the Rip Curl Pro Bells Beach. In India we created a complete branding and on-air graphics solutions for the Premier Badminton League, the badminton competition with highest prize money in the world, and in Pakistan we used our CricketStats CG in the debut season of the Pakistan Super League.

But wTVision is much more than just elections and sports: we took the live events of League of Legends to Chile and Mexico and participated in one more season of Million’s Poet, the hit show that looks for new poetry talents in Arabic, just to mention some projects.
April | May | June

In the second quarter of 2016, we went to Las Vegas for the NAB Show, to present our sports, elections, live studio, playout automation and broadcast design solutions. We then moved a bit south for the Brazilian edition of Tomorrowland.

We helped four TV channels on the broadcast of the very disputed Spanish General Election and, in India, we took part in the coverage of the state legislative assembly elections. For beIN Sports we migrated two US channels (Spanish and English) to the latest version of ChannelMaker and implemented the same playout automation solution in beIN Canada.

Staying in the region, we created a new graphic concept for the North American Soccer League, starting a new partnership that includes the live operations during the matches. It was also the time when our operators presented the world with the football champions of Spain, Belgium and Portugal: Real Madrid, Club Brugge and Benfica took the trophies home. With the European leagues stopped, we saw Eder score that goal at 108th minute of the European Cup final, in Paris.July | August | September

We were talking about Eder’s goal, that actually happened in the 3rd quarter (most of the tournament took place in June though), but we cannot talk about sports in 2016 without mentioning the Olympic Games in Rio, in which we worked with Fox Brazil and also created a complete branding package for two Star Sports shows, the Indian sports network.

Without leaving Brazil, 2016 was also the time when Inter TV Cabo Frio, Inter TV Goytacazes, Inter TV Ipatinga, Sistema Clube and Canal Rural reached the final stage of their Studio CG implementation, our PCR solution. We brought a little of Brazil with us, taking over the distribution of Globo Premium, meaning that all TV Globo’s channels outside the American continent are now operated from wTVision’s technical hub in Lisbon and broadcasted to three different continents: Europe, Africa and Asia.

With the Abu Dhabi Grand Slam Tour, it was our turn to go around different continents to operate the fights between the best Jiu-Jitsu athletes on the planet, in Los Angeles, Tokyo and Rio de Janeiro, during the third and fourth quarters. In India we saw Vijender Singh beating Kerry Hope and becoming the new boxing Asia Pacific Super Middleweight champion.

We kept on spreading throughout the world, opening new offices in Bolivia and setting new and ambitious challenges. With that in mind, we took part in the largest game in American Football history and went to Amsterdam for IBC, the International Broadcasting Convention, for the 10th consecutive year.October | November | December

In the final quarter of 2016, we received great news from MVM: our rebranding had led to a 300% growth in its TV audience. Fans and partners alike were also very happy about our work for LIVE, creating openers, closers, bumpers and on-air graphics in two languages for the Arabian Gulf League, Arabian Gulf Cup, Arabian Gulf Super Cup and Under-21 League. Also on football, we implemented a wTVision system on the Turkish League for its 4K broadcasts, created a solution for the Portuguese sports show “Grande Jornada”, to display the live updates of the main European competitions, and our incredible production team is taking part in the operations of the Europa League and the European Qualifiers to the World Cup 2018.

October marked the launch of the Basketball Champions League and we partnered with FIBA to deliver the best graphics during the inaugural season of the competition. In the same month, we saw John John Florence becoming Surf World Champion in the Meo Rip Curl Pro Portugal, one of the many World Surf League events operated by us.

In November we watched the inaugural episode of Drone Riders going on air with our graphics templates and took part in the most awaited electoral night, implementing solutions that boost the coverage of the American presidential election for Bay News 9, News 13 and the entire Univision TV network.Finally, we have to mention all the hard work of our development team to deliver the new versions of ChannelMaker, Studio CG and FootballStats. The new framework of wTVision’s software is on its final stage and promises exciting news for 2017!
Related News
Want to know more?