After the General Election in Portugal, it was time for the Presidentials 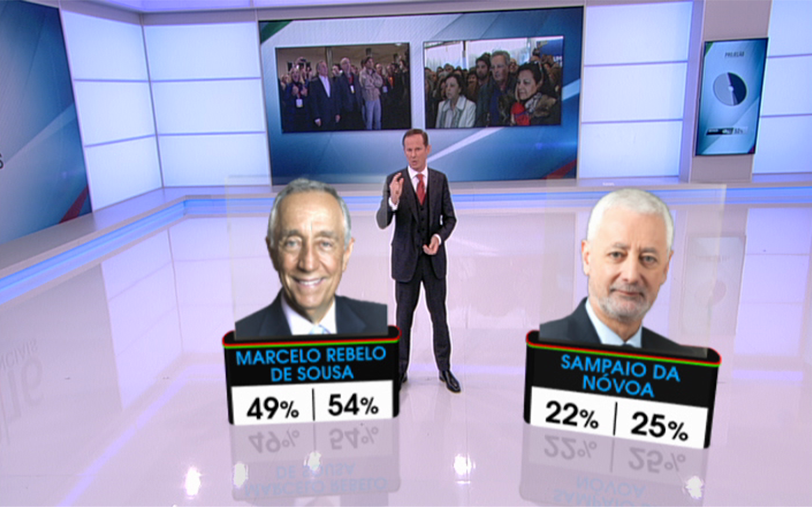 On October 4, 2015, wTVision provided graphics service for 5 channels in Portugal: RTP (3 channels), TVI and Porto Canal, during the Portuguese general election. 3 months later, in January 2016, it was time to choose the next President of Portugal. wTVision worked again with the same clients, leveraging the same projects and technical structures to cover this Presidential Election.

Before, wTVision had already covered the 2001, 2006 and 2011 Presidential Election, for different channels in Portugal.