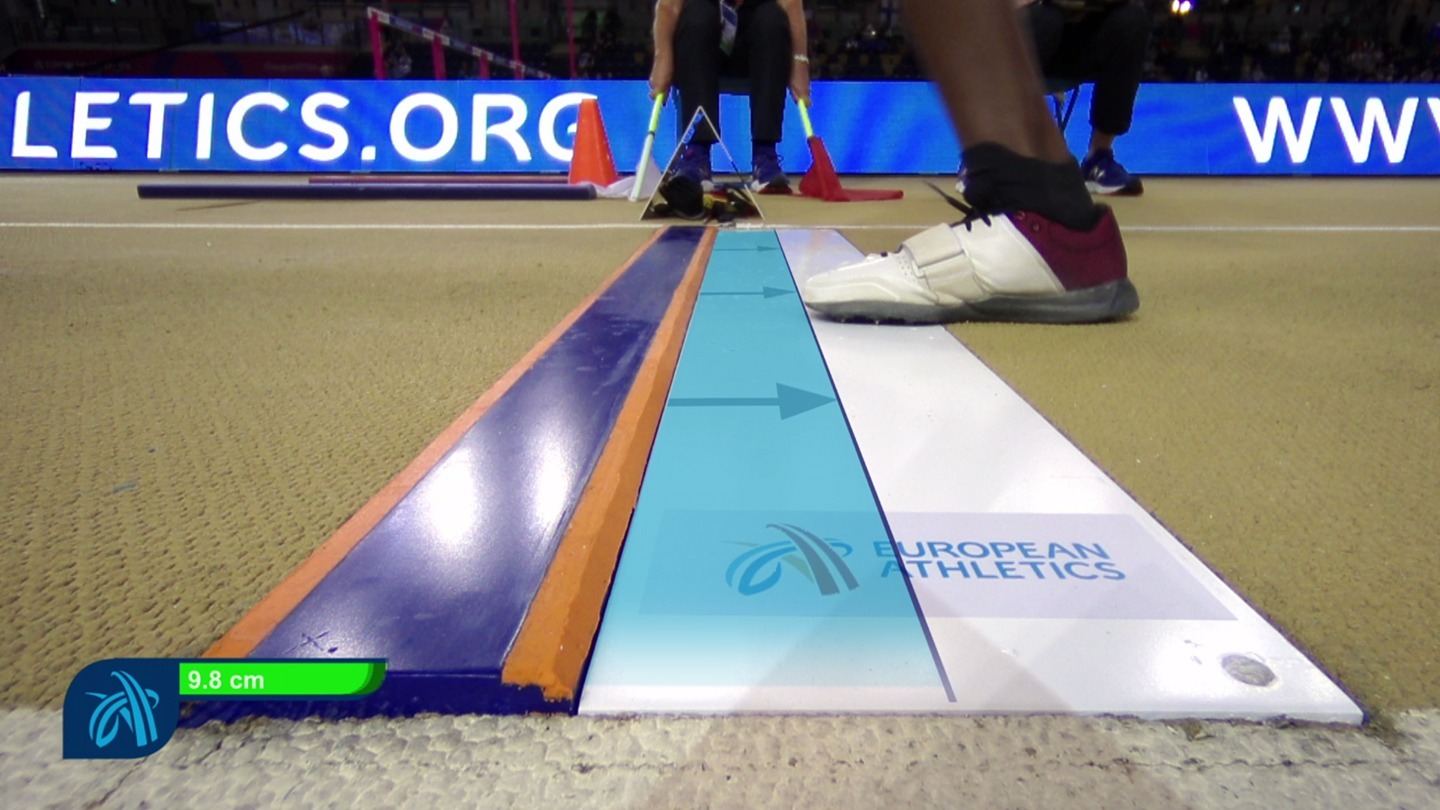 wTVision operated the virtual graphics of the Jump competitions, during the European Athletics Indoor Championships, and used AR³ Athletics – Jump Board, a software designed to generate augmented reality and developed specifically to demonstrate the distance to the board at the moment of takeoff.

Between March 1 and 3, wTVision partnered with Atos, the global company focused on digital transformation in charge of the overall project, and created an appealing virtual solution for four major competitions of the event. During the Triple Jump, Long Jump, Heptathlon and Pentathlon competitions augmented reality was implemented into the broadcasts.

This was the 35th European Athletics Indoor Championships and over 600 athletes from 50 nations competed in Glasgow for some of the most important medals in the world of Athletics.