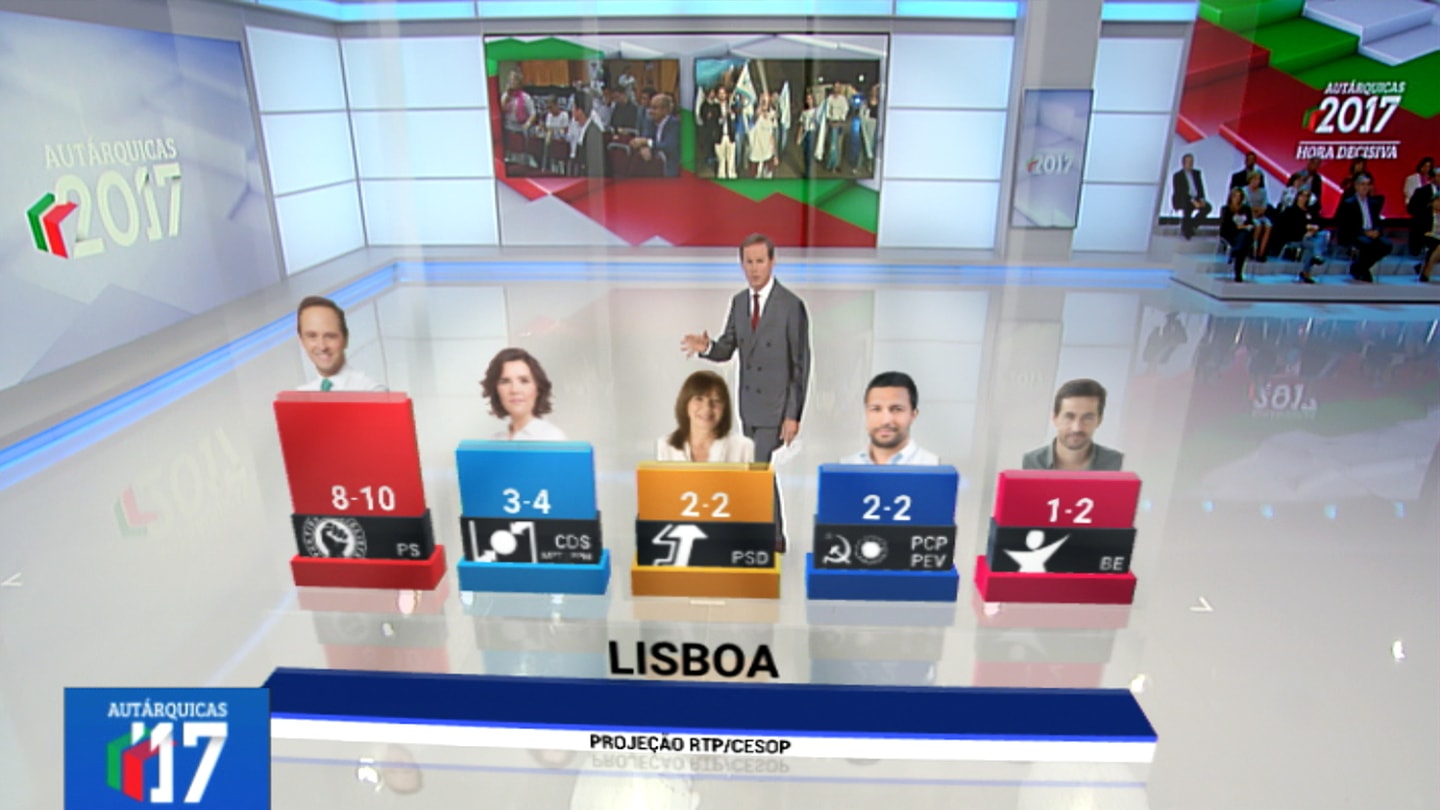 Data management, augmented reality and real-time graphics were the main features included on the services delivered to RTP, TVI and Porto Canal on the night of the last local elections in Portugal.

The last electoral night in Portugal, on October 1, was a milestone for wTVision, that assigned dozens of specialists to three different TV networks (RTP, TVI and Porto Canal) simultaneously, successfully broadcasting the results of the local elections. In RTP, the Portuguese public network, the broadcast included augmented reality produced by wTVision and rendered through its own graphic engine.

wTVision’s Elections CG was the software of choice of RTP, TVI and Porto Canal for a very demanding broadcasting night, when the results of the Portuguese local elections were revealed. The software obtains updated electoral data from official authorities and manages it in real time, integrating with different graphic platforms to generate real-time graphics.

The electoral night in RTP demanded 20 of wTVision’s most experienced professionals, including six developers (two of them web developers), three motion graphics designers, three operators and one Q&A specialist. This team of experts made sure all the electoral data was displayed correctly and on time. They were also decisive in some of the most impactful moments of the night when the news anchor showed augmented reality graphics to illustrate the results in the most important regions.

For TVI’s broadcast, wTVision managed the electoral data and integrated it with real-time graphics and the Elections CG Commentator, to support the political analysts in studio and provide them with more insights for their comments. The data was also integrated with a live bar that displayed the latest results and kept the audience updated and with augmented reality, to show the initial polls and the most relevant results, commanded by a tablet with real time preview of the results to show. This project involved 12 specialists from wTVision on the election night.

Finally, for Porto Canal, wTVision not only managed the data and the real-time graphics, it did so through its own graphic engine, like in RTP, but in this case the broadcast didn’t include augmented reality. This broadcast was specially focused on the northern municipalities of Portugal, since it is where the target audience of Porto Canal lives.[vc_video link="https://www.youtube.com/watch?v=yLypfuLDIuc"]