ChannelMaker V5: The usual efficiency is now much more intuitive 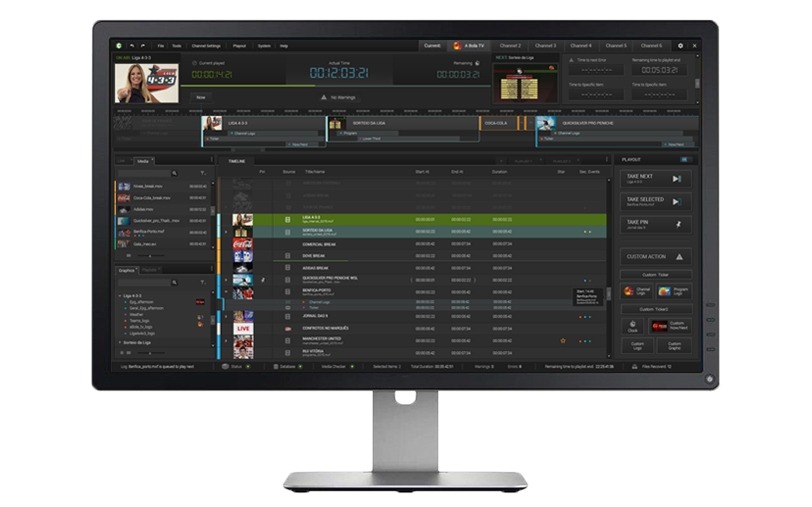 The new version of ChannelMaker was presented at IBC (9-13 Sep, Amsterdam) and the feedback has been extremely positive so far. Many visitors are now eager to have this 5th version of the automation system, to be released in the first quarter of 2017.

ChannelMaker is one of the most flexible playout automation solutions on the market, allowing to create, optimize and expand any kind of TV channel. It can be delivered either as a channel-in-a-box, a multi-system solution or an advertising insertion tool and it can be fully customized to any specific requirements.

The big focus during the developing stage of V5 was to redesign the interface of the program, creating a much more intuitive software. The first reactions suggest that the goal has been achieved, highlighting how easy it is to understand and use this new version while praising the beauty of the new look. Obviously, the technical aspect has not been forgotten either: a new powerful and dynamic scheduling concept was implemented; the events can now be pinned in an improved way and the usual flexibility of wTVision’s solutions was enhanced.

“Nothing is impossible for us”, states Daniel Gonçalves, ChannelMaker Product Manager, “we are always available to adapt ourselves to the client’s needs, not only giving support but, most of all, integrating our solutions with the client’s ongoing systems and processes in a seamlessly way.”

Contrary to many other solutions, wTVision’s ChannelMaker does not impose systems nor requires specific software and it is completely customizable. With an open architecture, it can assimilate a wide range of third-party broadcast devices and solutions. That is why the developing team looks at it as solution more than a static software. ChannelMaker can be integrated with all kinds of external software and hardware but it can also be operated alongside the other products of wTVision, creating a complete package for the client.

With the release date quickly approaching, wTVision’s team is tirelessly working on the final tests in order to take the playout automation to another level.