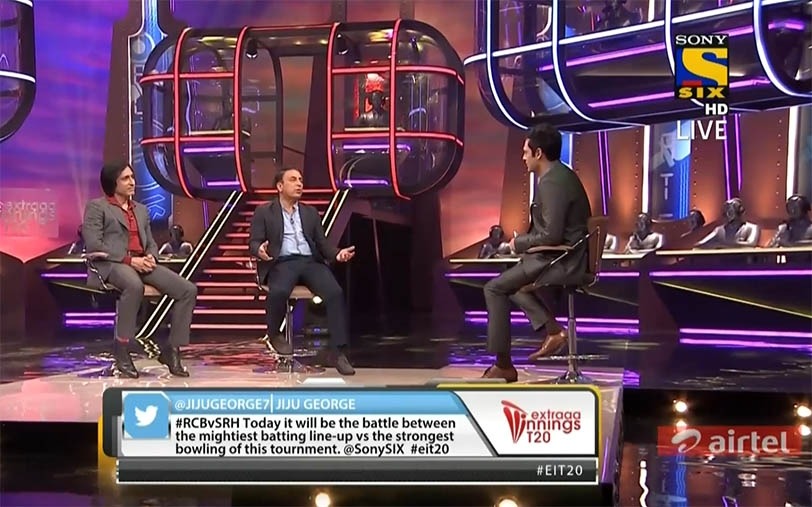 wTVision has provided live graphics for Extraaa Innings Vivo IPL 2016, a highly popular Studio Show for the Indian Premier League (IPL) produced by the official broadcaster, Sony Pictures Networks. The live coverage involves pre-match analysis, Innings break discussions and post-match analysis for each match. The 2016 season IPL 9, short for Indian Premier League, is a professional Twenty20 cricket league established by the Board of Control for Cricket in India (BCCI) in 2007. There will be 60 matches played across different venues in India, including 56 league stage matches and four play-off matches.

wTVision has created the graphics package for this show based on Sony Pictures brand guidelines. Using CricketStats CG, the operators gather live match data and launch any kind of live statistical graphics during the show.

wTVision has also provided Go Social. This web based tool is used by the Sony Pictures team to identify interesting tweets and publish them into a playlist for the operator to trigger graphics within a few seconds of the tweet having been made.

A fruit system (sports commentator), a 3D visual tool, has been provided at the studio to update statistics and reports for sports commentators, allowing a more detailed and in-depth game commentary, in different languages, for live broadcast.[vc_video link="https://www.youtube.com/embed/OAVgW0PFoyo"]