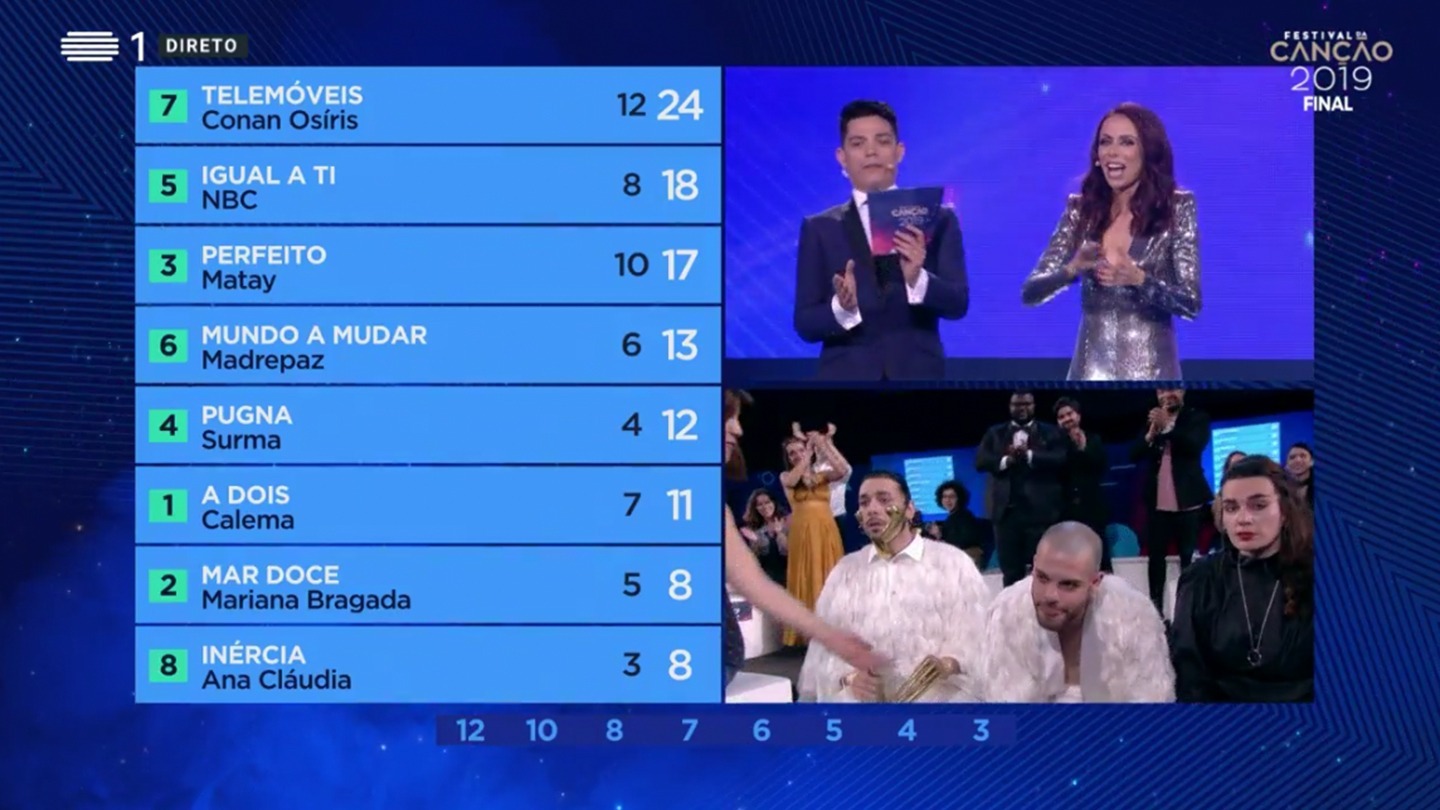 Two semi-finals and one big final, to determine who will represent Portugal in Tel Aviv for the next Eurovision Song Contest, in which the official votes from the public and the jury were managed, integrated and broadcasted in real time.

For this major event, produced in a partnership with Portugal’s public broadcaster RTP, Studio CG was the platform of choice to control all on-air graphics. Studio CG is a powerful integrated solution that allows videos and graphics to be controlled from one single interface, shortening the development time of events as complex as these.

To give a better insight to hosts, directors and the overall production of the event wTVision also developed a private website, that updated valuable information in real time, namely the votes from the juri and public, the classification of every song, and ultimately who was the winner of “Festival da Canção 2019”.

Finally, all graphics for the event were implemented by wTVision’s broadcast design team. wTVision’s wide experience with the broadcasting industry allowed our integration team to perfectly adapt the existing concept and turn it into effective and creative broadcast graphics.