Summertime sports - fun in the sun 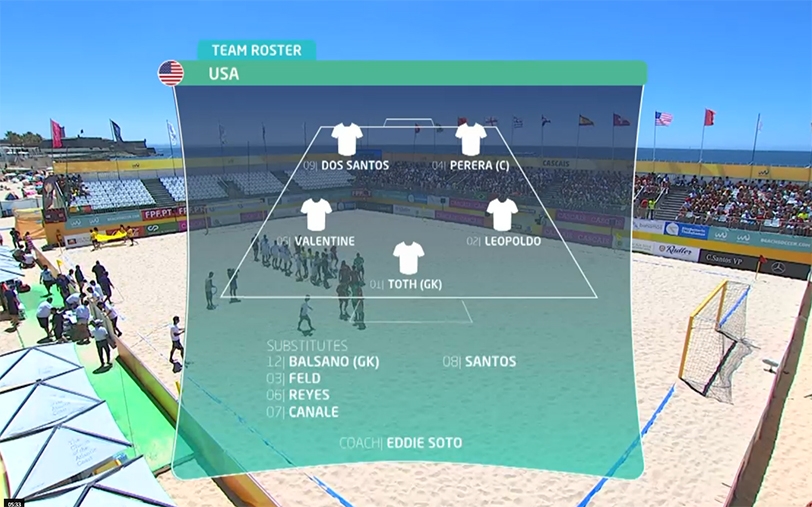 Once again, wTVision called the game in 3 of the most important beach championships, this summer.

From July 29 to 31, wTVision was part of BSWW Mundialito, the longest running beach soccer event since 1994, organized by the Beach Soccer Worldwide. Held in Cascais, this year’s competition, which includes four of the strongest teams in the world (Portugal, China, United States and Brazil), was played in a round-robin format, at Carcavelos beach.

wTVision was the responsible for the data and graphics management of these events. In both competitions, wTVision used FootballStats CG, the company’s football scouting system that allows the collection of a wide range of information on a match, for a complete report. The software transforms data into an attractive and complete graphical information that becomes a powerful instrument of analysis to the sports audience. wTVision's team assigned to these projects contained one sports analyst expert on beach soccer with extensive knowledge about its rules and handling data gathering as well as graphics playout procedures during these live broadcasts.

In another sports area, the Euro's U16 Beach Handball attracted many handball fans to the sands, from 8 to 10 of July, with 32 teams hitting the beach at the portuguese town of Nazaré. For the first time, the European Handball Federation (EHF) organized Beach Handball European Championships for younger age players. wTVision was the responsible to cover the event, using HandballStats CG, its powerful on-air graphics controller totally customized to handball events. The data shown on the field's scoreboards (scores and game time) was integrated, automatically on wTVision’s software to be managed and displayed through on-air graphics.

A single operator was involved. Since wTVision sports products are built to be extremely portable and adaptable, our specialized operators go anywhere in the globe to cover any sport event, turning a graphics coverage on a “one-man-show”.
Related News
Want to know more?