wTVision and Mediapro bet on Multi-football 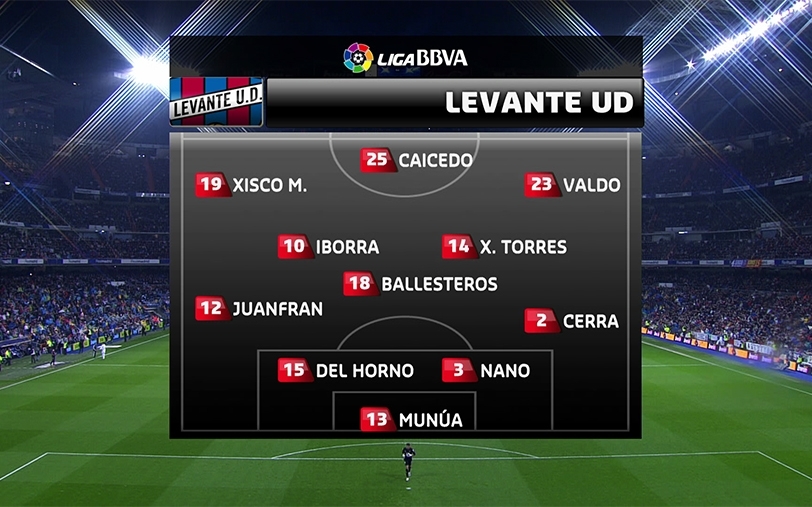 Multifutbol is a Mediapro production that gives an overview of all the BBVA league football matches that take place simultaneously. wTVision labels, each match day, the 10 games from BBVA league, for Mediapro, that distributes to its viewers a television signal called Multigol with 5 or more games simultaneously.

The main goal is to offer the best plays in each match. This project’s base is SportStats CG, giving access to all game’s statistics being transmitted simultaneously, and Sports Manager, that feeds the systems with all the collected data from the season, and historical data as well.

This program is ready to be fed by 10 simultaneous games, in real-time, which was proven successfully on round 37.

This service is provided live or with a delay, if it happened previously. If it’s delayed, wTVision also delays the online result and the game timer, creating the feel of a live occurrence.

This solution was integrated with the official BBVA league graphics.