wTVision rises and gives votes to everyone at “Levántate” 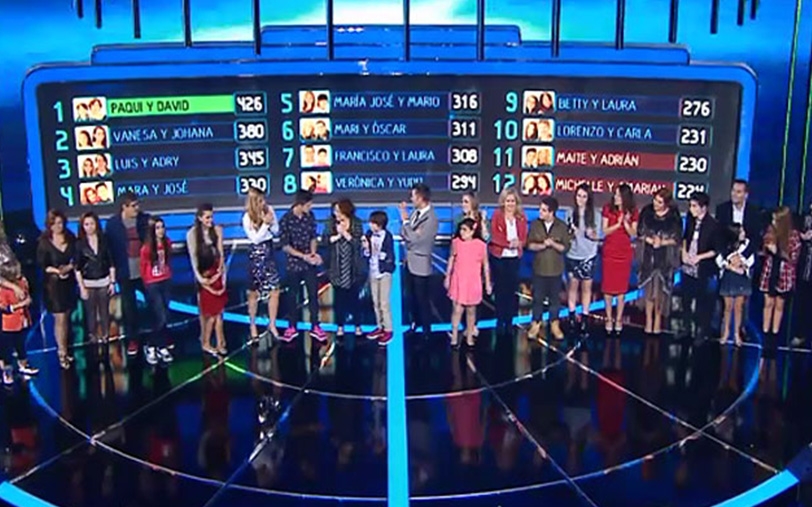 wTVision was once again involved in one of the greatest success of talent shows “made in Spain”. Levántate was created by the production company La Competencia TV and consists in a singing contest where couples formed by fathers/mothers and sons try to get through the final by singing their favorite songs.

It is in the innovative voting system that wTVision gives a valuable contribute, differentiating this show from other entertainment contests. wTVision took care of the whole interactive scope: each seat had a sensor that gives a vote everytime the spectator rises himself for the first time during each act, receiving the information through wireless, connecting to receivers spread inside the studio. wTVision’s team managed and processed the votes using for that Studio CG, a giant led wall was included in the set, where graphics showing maps with the voters’ location, number of votes and final classifications were displayed.

Tele 5 broadcasts this innovative and successful show format, that has already been sold in several countries all over the world.