wTVision offers branding services plus its software in South Africa 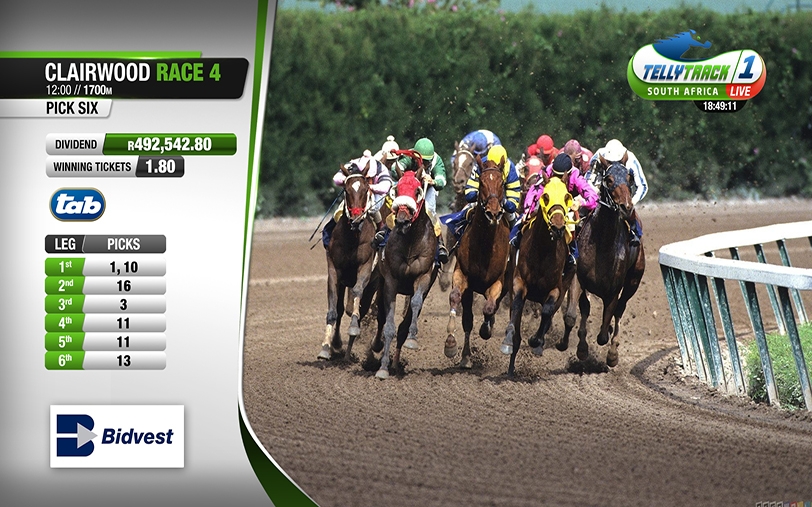 wTVision has developed a complete rebranding for 4 Tellytrack TV channels - a South African horse racing’s exclusive television network from the group Phumelela - and provided its HorseBetting CG software, that allows the client to manage the betting data and graphics on their horse races broadcasts.

Concerning the design services, the main challenge was to bring closer the four TV branding identities, without disrupting the previous core elements and look&feel; and, at the same time, to provide a clear reading on the information seen on the screens. This project included the development of logos, bumpers, and several graphics, in 2D and 3D, and update from the old 4:3 old graphics definition to 16:9.

The betting information is being provided by the client through web services and, from this point onwards, the action center is in HorseBetting CG, that is managing the data and is being used by the client to control the graphics in real-time, which were implemented on the graphics platform Xpression, from Ross Video, wTVision's partner in this project.

wTVision’s team travelled to Johannesburg to assure the project implementation, which needed to be accomplished at an unique deadline for the 4 channels. The client’s operators also received training during this stage.

The project ended up as being a huge success, as the client quotes: “I would like to say that wTVision is very lucky to have such skilled and committed people in their employ. From the first time we met wTVision’s team we had no doubt that we had teamed up with the right company. I will highly recommend wTVision to any company in any country anywhere in the world!“