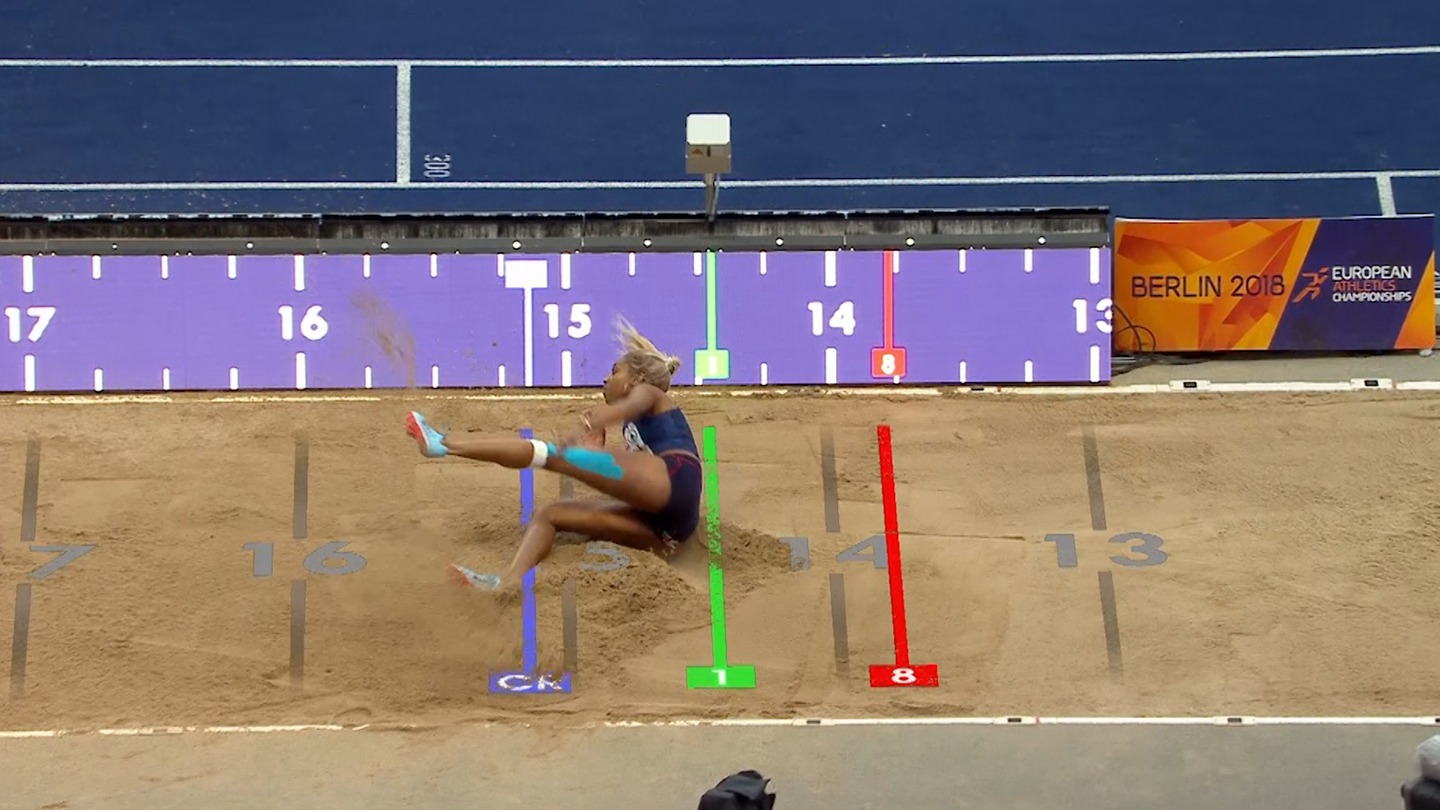 In a partnership with Atos, wTVision operated the augmented reality during five competitions at the 2018 European Athletics Championships, including our own AR³ Athletics - Jump Board for the Long and Triple Jump events.

Between August 6 and 12, wTVision partnered with Atos, a global leader in digital transformation, to manage the augmented reality during the Long Jump, Triple Jump and the Long Throw competitions at the 2018 European Athletics Championships, in Berlin.

For this major event, a team of eight wTVision’s specialists operated on site, integrating the virtual graphics system with the competition’s official statistics throughout all live operations, showing distances, results, previous marks and world records.

Following a successful partnership with Atos at the 2017 European Athletics Team Championships, wTVision created an appealing virtual solution and developed the technical aspects of the operation to implement augmented reality into the broadcast.

For the Jump competitions, wTVision also provided AR³ Athletics - Jump Board, a software designed to generate augmented reality and developed specifically to demonstrate the distance to the board at the moment of takeoff.

The Led Screen solution, that replaced the traditional wooden ruler, was also developed by wTVision. Informations like jump distances, the athlete's ID or the wind speed were displayed thanks to a dedicated software that intends to improve the experience of both viewers at home and at the stadium.

49 nations competed in Berlin and more than 40 broadcasters covered the Championships across Europe and worldwide, making it one of the most important competitions in the world of sport.