wTVision raises the bar on an already legendary classic 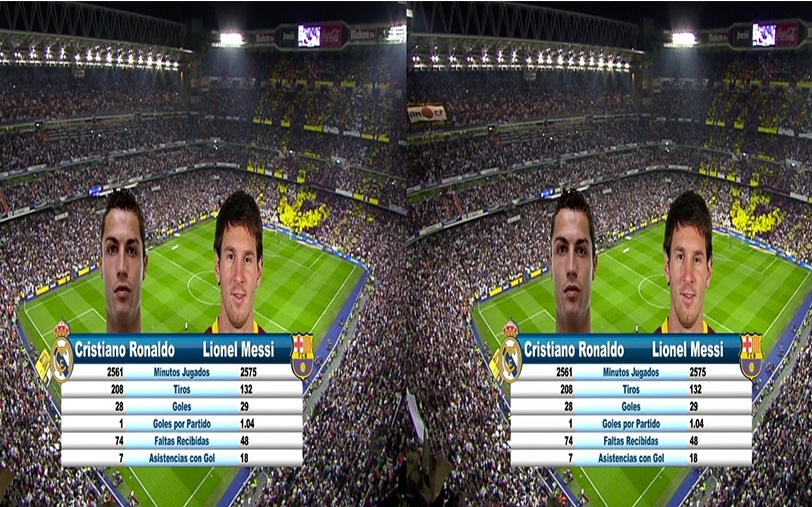 Besides the regular High Definition transmission, wTVision made it available in stereoscopic 3D. MediaPro was the producer and wTVision handled the graphical operations during the match.

The 3D transmission had its signal delivered internationally to foreign TV channels and was displayed on Palacio de Congresos de Madrid.

All graphics were designed by wTVision. The software that managed everything was Football Stats CG, which allows, not only to collect relevant data and statistics, but also to produce all real-time on-graphics in 3D. wTVision has experience in 3D stereoscopic graphics broadcasts in sports such as Surf, Tennis and, of course, Football, in Portugal, Belgium and now in Spain.